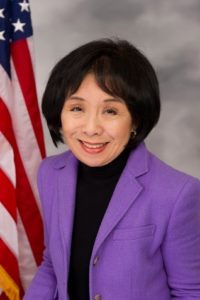 On July 18, 2019, Congresswoman Doris Matsui (D-CA) introduced House Resolution 503 (H.Res. 503), which recognizes and honors the 50th anniversary of SEARCH. Rep. Matsui represents the district in Sacramento, California, where SEARCH has its headquarters.

On July 30, the resolution was referred for consideration to the House Judiciary Subcommittee on Crime, Terrorism, and Homeland Security. It will eventually be considered for passage by the House. Rep. Matsui also introduced a resolution during the 111th Congress that recognized SEARCH on its 40th anniversary. 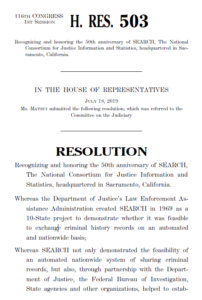