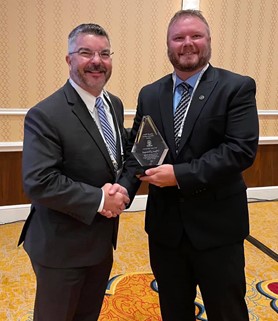 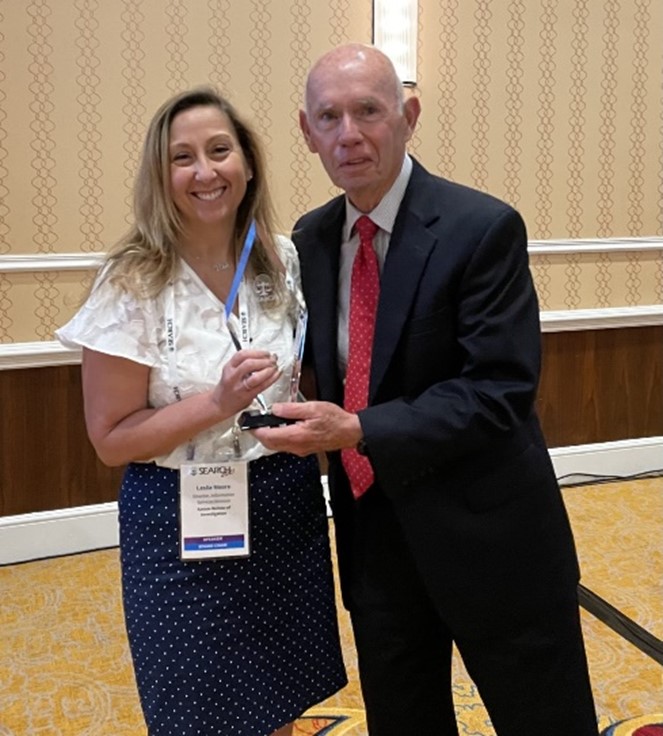 The SEARCH Board of Directors selected Ms. Scanlon and Mr. Pettengill for the awards in January 2020. The awards were originally intended to be bestowed at SEARCH’s 2020 Annual Meeting last July, but that meeting and the subsequent 2021 Winter Meeting were both held virtually due to the coronavirus pandemic. The Board decided to present the 2020 awards when the Membership Group was able to meet face-to-face again.

SEARCH began its awards program in 1985, and past recipients of the Hawkins Award include former U.S. Senators and Representatives, an FBI Director, an Attorney General, private-sector experts, and justice agency and organization officials at the state, Federal, and national levels. Past recipients of the Cooper Award have represented state-level justice and public safety agencies and programs in 22 States and the District of Columbia.

The O.J. Hawkins Award for Innovative Leadership and Outstanding Contributions in Criminal Justice Information Systems, Policy and Statistics is SEARCH’s highest practitioner honor. It formally acknowledges an individual’s service, dedication, and contributions that have improved the justice community’s ability to develop and use criminal justice information. In particular, award recipients have made outstanding contributions that have a broad-ranging impact, often affecting multiple states, justice disciplines, or branches of government.

It is the only nationally recognized, competitive award for contributions in the field of criminal justice information management, and is named for Orville J. (Bud) Hawkins, who was SEARCH’s first Chair and Executive Director.

Ms. Scanlon passed away January 9, 2020, shortly before the SEARCH Board selected her for the honor. The Board is recognizing Ms. Scanlon’s 30-plus years of service to law enforcement and public safety at local, state, and national levels. She started as a student intern at the San Diego Police Department (SDPD), helped create its crime analysis unit, and served as its Data Systems manager from 1986 until 1997. That year, she became the first, and until recently, only Executive Director of ARJIS, where she served for 23 years.

Founded in 1980 as a Joint Powers Agency to share information throughout San Diego and Imperial Counties in California, ARJIS evolved into a complex criminal justice information sharing enterprise used by over 80 local, state, and federal justice and public safety agencies throughout the larger San Diego region.

Ms. Scanlon is credited with building new and innovative capabilities into ARJIS—such as cloud-based computing—to better serve the more than 11,000 law enforcement officers, adjudicators, investigators, and analysts among the dozens of agencies that rely on ARJIS for critical operational data. Mr. Roberts said that in her role as ARJIS executive director, “Ms. Scanlon knew the practical realities of running a technically complex information sharing enterprise serving multiple jurisdictions. She was able to juggle the varying demands of elected officials, tight budgets, an ever-evolving legislative landscape, and constant legal challenges to the use of justice information technologies.”

Ms. Scanlon served in many positions to lead and contribute to the work of professional committees, working groups and task forces. She served as Chair of the IACP Criminal Justice Information Systems (CJIS) Committee for over a decade, as Chair of IACP’s Law Enforcement Information Management (LEIM) Section (twice), and was a founding member and past President of the Justice Information Sharing Practitioners association. She also served on the California Statewide Data Sharing Task Force and as Co-Chair of the IACP/IJIS Institute Task Force on Automated License Plate Recognition. She received the 2019 Law Enforcement Information & Technology Award from IACP, the 2015 IJIS Shumate Award, the 2012 Women in Blue Leadership Award, and the 2007 FBI Directors Award.

Ms. Scanlon was known for generously giving her time and efforts whenever and wherever needed, and for enhancing the quality of the deliberations. Her observations and insights were thoughtfully crafted and based on the operational realities facing justice practitioners at all levels of government. She consistently demonstrated a keen awareness of the need for timely, accurate, and complete information for officers on the street and decision-makers down the line.

“Pam embodies all there is when it comes to leadership and vision in the justice and public safety arena. …With the work that she has done both at ARJIS and on a national scale, she has changed the landscape of information sharing. Her work has bridged gaps, built new and long-lasting partnerships at all levels of government, and created countless new resources …helping to save lives and keep our citizens and first responders safe.

She has been a true pioneer in our field – one of the first to help establish new standards, exchanges and never-before-seen efficiencies. If not for her work, the field of justice and public safety would not have advanced anything close to what it is today. Her work with Nlets, the FBI, SEARCH and countless other organizations is a model to follow in all regards.”

The Gary R. Cooper Award for Meritorious Service honors a SEARCH Member whose work in the field of criminal justice information systems, policy or statistics has been outstanding. The award, named after long-time SEARCH Executive Director Gary R. Cooper (retired), enables SEARCH Members to recognize a colleague for contributions both to the field of criminal justice information and to the success of SEARCH.

At the time he was selected for the award, Mr. Pettengill had served as North Carolina’s governor-appointed representative to the SEARCH Membership Group since 2016. In March 2020, he retired from state service and now works for IDEMIA.

SEARCH’s Montana Member, Jason Bright, nominated Mr. Pettengill for the Cooper Award. In his nomination letter, Mr. Bright noted that Mr. Pettengill had served in the North Carolina SBI for 27 years, with the last 16 years involved in the sharing of criminal justice information at the state and national levels. In addition to his state leadership, he cited Mr. Pettengill’s service in a variety of national leadership roles.

Mr. Pettengill’s national leadership roles, which focused on sharing of criminal justice information, including service as:

Mr. Pettengill also served as a member of the SEARCH Board of Directors from 2017–2019. 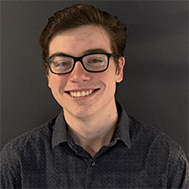