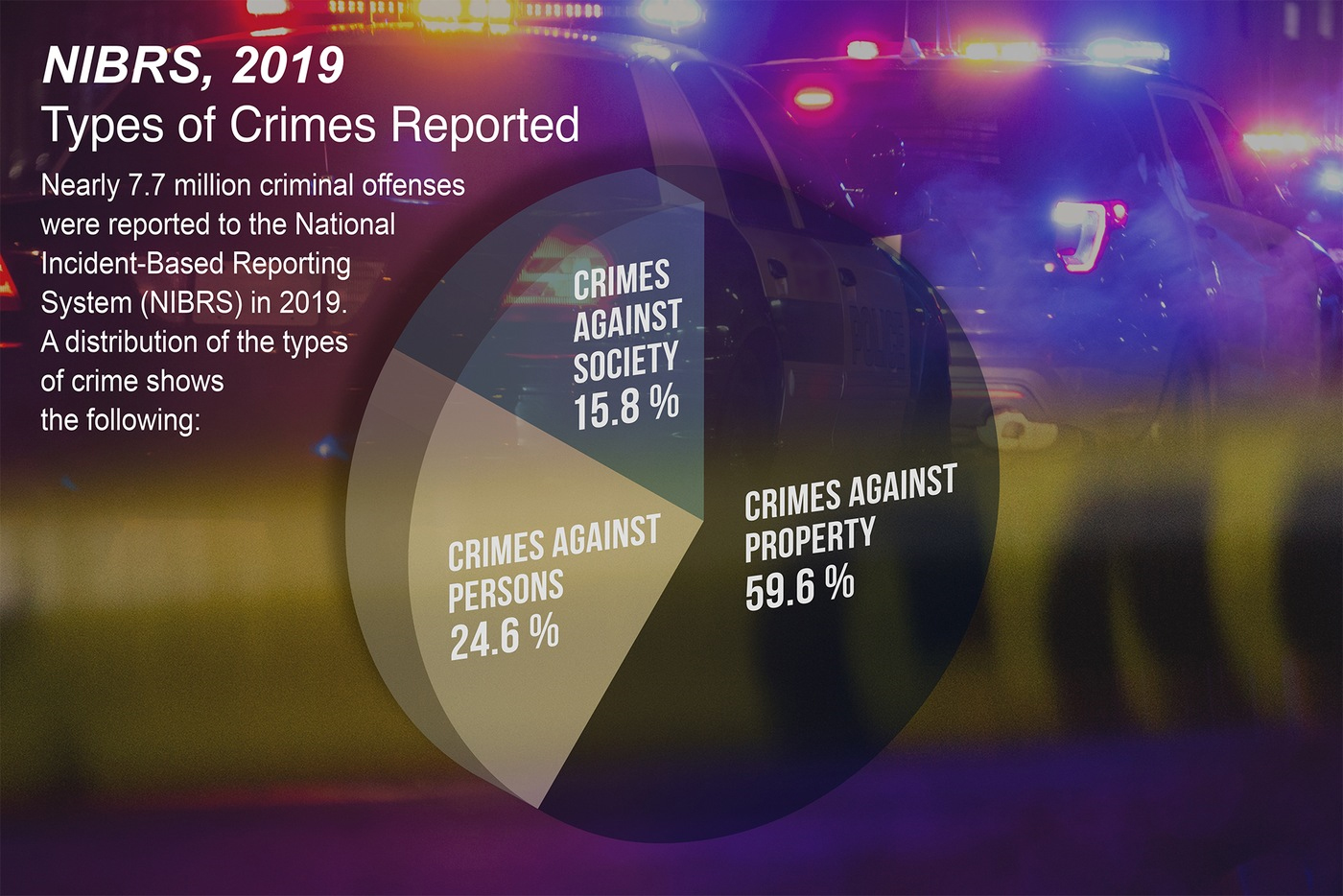 The annual NIBRS report presents data about victims, known offenders, and relationships for offenses reported in 23 categories with 52 offenses. It also presents arrest data for those crimes, as well as 10 additional categories for which only arrest data is collected.

The NIBRS, 2019 report page offers resources to view or download:

In 2019, 8,497 law enforcement agencies, whose jurisdictions covered more than 146.5 million U.S. inhabitants, submitted NIBRS data to the FBI’s Uniform Crime Reporting (UCR) Program. These agencies accounted for 51.3% of the 16,551 law enforcement agencies that submitted data to the UCR Program in 2019. The remaining agencies submitted their data to the program via the Summary Reporting System (SRS). NIBRS agencies reported 6,572,870 incidents involving 7,688,645 offenses, 8,116,849 victims, and 6,543,257 known offenders. In addition, these agencies reported 3,931,924 arrestees.

Beginning January 1, 2021, the UCR Program is completing its transition to NIBRS-only data collection. NIBRS captures details on each single crime incident—as well as on separate offenses within the same incident—including information on victims, known offenders, relationships between victims and offenders, arrestees, and property involved in crimes. Unlike data reported through the UCR Program’s traditional Summary Reporting System—an aggregate monthly tally of crimes—NIBRS goes much deeper because of its ability to provide circumstances and context for crimes like location, time of day, and whether the incident was cleared.