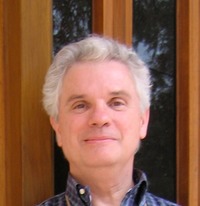 Mr. Higgins is a long-time leader in the biometrics field, and works as a consultant, lecturer and author helping government agencies find and acquire biometric systems that are standards-based and appropriate to their needs. His work takes him all over the globe, and has been used to help national police services in Iraq and Afghanistan.

Mr. Higgins was nominated for the award by Judge William S. Sessions, former Director of the Federal Bureau of Investigation, and the 1992 Hawkins Award recipient.

The Board selected Mr. Higgins for the award at their 2014 Winter Meeting last month.

“Mr. Higgins has provided 20 years of hands-on project planning and management as well as thought leadership in the criminal justice community. This has been through his small business as well as through extensive pro bono activities. He is well respected and recognized in this community for his service. The fact that congressional offices reach out to him is further tribute to his broad impact on the community as well as the depth of his knowledge.”
—Judge William S. Sessions 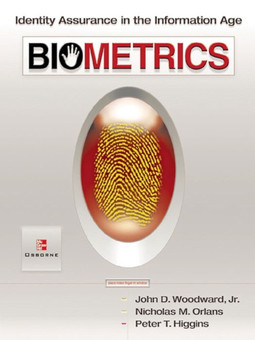 He joined the FBI in 1992 to manage the IAFIS Program Office. At the time, the FBI was experiencing a 3- to 6-month turnaround in fingerprint processing, with a backlog approaching 750,000 fingerprint cards. Mr. Higgins worked with the Department of Justice, Congress, and state and local criminal justice communities to help shape the complex IAFIS system into the largest criminal fingerprint database in the world.

Today, IAFIS houses fingerprints and criminal histories for more than 70 million subjects in the criminal master file, and more than 34 million civil prints.  The system responds to requests 24/7 by local, state, and federal partners and handles over an average of 163,000 transactions per day.

As the FBI began working on its Next Generation Identification (NGI) program, which is an upgrade to IAFIS that will include even more biometric modalities, it again reached out to Mr. Higgins for his expertise. Based on his experience gained at the Department of Defense in the deployment of its Automated Biometric Identification System (ABIS), he helped the FBI develop operational concepts for the use of facial recognition and iris matching.

He has also been instrumental in helping two agencies—the Orange County (California) Crime Lab and the Western Identification Network (WIN)—procure AFIS systems that support cross-jurisdictional searches and to implement the newly established Extended Feature Set (EFS) searching of latent prints between otherwise incompatible systems. EFS is a major capability of the NGI system.

Much of Mr. Higgins’ early work forms the baseline for most AFIS procurements around the world today. Decisions on transmission protocols for digital images and related demographic and biographic data, image quality metrics, certification of scanners, and vocabulary terms all have roots dating back to his leadership and recommendations of the early 1990s.

Mr. Higgins is the founder and current secretary of the Scientific Working Group for Forensic and Investigative Speaker Recognition (SWG-Speaker), a group that supports and promotes the scientific foundations and practice of speaker recognition, voice data collection, measurement, transmission and retrieval capabilities.

The SEARCH Membership will present the Hawkins Award at its 2014 Annual Meeting next July in Salt Lake City.

×
Statement regarding the Coronavirus/COVID-19 Pandemic
﻿Ongoing actions by federal, state, and local governments nationwide continue to advise citizens and businesses to sharply limit their activities in order to slow the spread of the Coronavirus and the COVID-19 disease. In light of current circumstances, SEARCH is taking these actions, which will affect our Members, staff, and operations: