This is the third in a series of blogs that explore the results of the Survey of State Criminal History Information Systems, 2016, a biennial national survey that represents the most current and detailed snapshot of the data, trends, policies, practices, and operations of criminal history records repositories nationwide. SEARCH, with support of the Bureau of Justice Statistics (BJS), U.S. Department of Justice, has conducted these surveys since 1989. BJS published the most recent edition of the survey in February 2018; it provides a snapshot of these systems as of December 31, 2016.

The criminal justice system is a loosely federated network of governmental and non-governmental agencies and processes designed to control crime and administer justice. As the well-known Criminal Justice System Flowchart first published by the President’s Commission on Law Enforcement and the Administration of Justice in 1967 illustrates,[1] a great many decisions are made in criminal cases both before and following a court’s final adjudication and disposition. 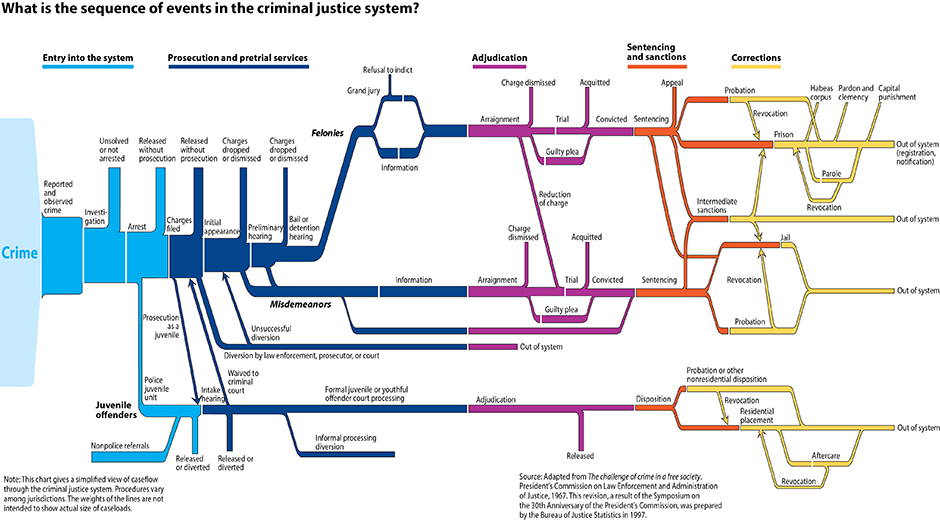 As such, when SEARCH and BJS conducted our most recent biennial survey of state criminal records repositories, we queried states on formal arrests reported by contributing law enforcement agencies and final dispositions reported by courts. We also queried states on interim dispositions and alternative charging protocols that can impact a person’s suitability or eligibility for employment screening, professional licensing, firearms purchases, and other authorized transactions.[2] In this blog, we take a closer look at how states responded to our questions on—

It is helpful to include interim dispositions on criminal history records to enable users who are making suitability determinations for employment, licensing, firearms transactions, and other authorized purposes to know if further research and/or a final disposition is required before deciding an individual’s fitness. A felony conviction, for example, categorically disqualifies someone from purchasing a firearm, while a felony charge does not.

Point-of-contact (POC)[3] states and the FBI National Instant Criminal Background Check System (NICS) Section use criminal histories daily to authorize Federal Firearms Licensees (FFL)[4] to proceed with firearms transactions. If a felony arrest charge is present without a disposition, the NICS transaction is placed on hold for up to 72 hours to allow staff to conduct additional research. Missing dispositions create an enormous burden for states and the FBI who are required to track them down—often involving multiple calls to local law enforcement and courts. If an interim disposition is posted, then a Proceed or Deny transaction notice quite often can be issued to the FFL immediately. 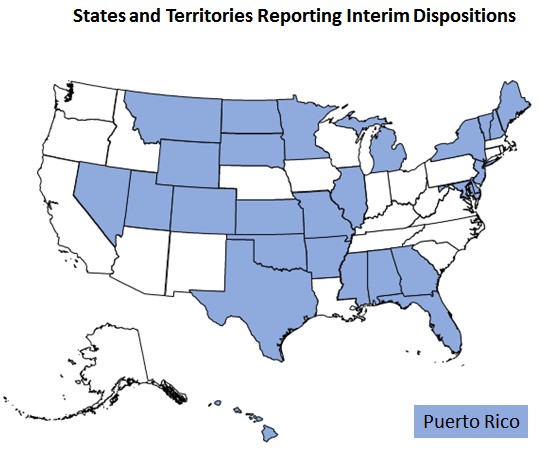 Indictments can be very important interim dispositions, because an active indictment prohibits the subject from purchasing a firearm. As a part of the 2016 survey, SEARCH specifically asked states if they post indictment information to the criminal history record and 15 states and Guam responded that they incorporate indictments in their criminal history records.[5] (See blue-shaded states.) By posting indictments, jurisdictions improve the efficiency of making firearms determination decisions. 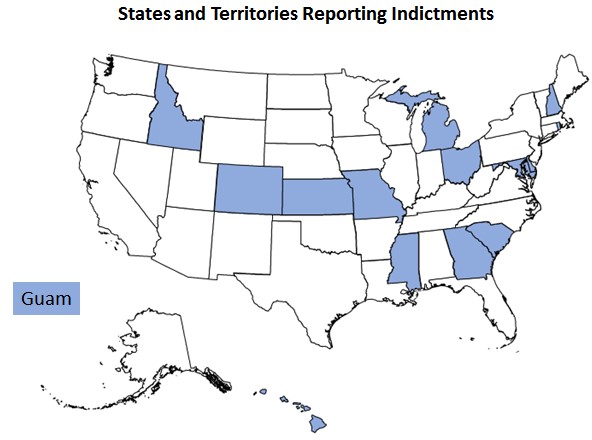 Formal arrests typically require taking a person into custody and fingerprinting them. In many states, law enforcement agencies can cite an individual and notify them to appear in court without formally taking them into custody. These are known as “cite and release” arrests.

While cite and release policies can reduce workloads and jail populations (e.g., a police officer does not have to transport the offender to a jail or booking facility for fingerprinting and intake), they often result in missing arrests on criminal history records.

For the 2016 survey, SEARCH queried states regarding when law enforcement (LE) agencies routinely cite and release individuals without fingerprinting.[6] 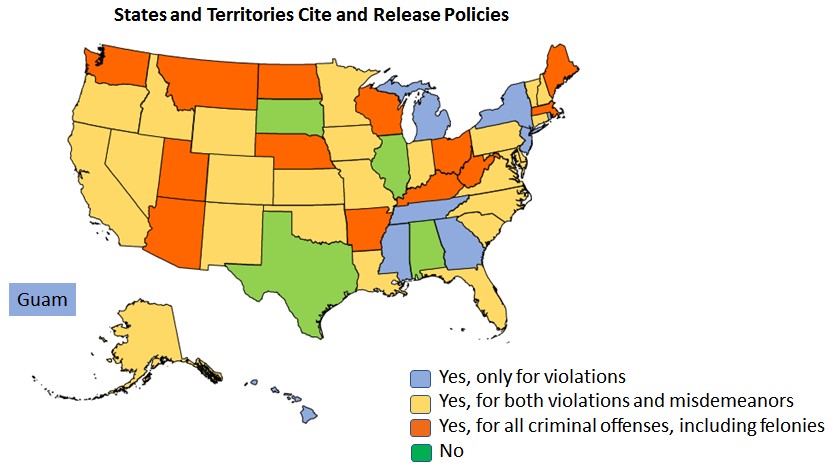 Livescan Use in the Courtroom

One way to ensure that fingerprints are eventually submitted to the criminal history records repository when a person is cited and released is to deploy livescan fingerprinting devices in the courtroom to link positive identifications with dispositions.

In response to SEARCH’s query, a total of nine states reported using livescans in courtrooms in 2016 for these very purposes.[7] (See blue-shaded states.) 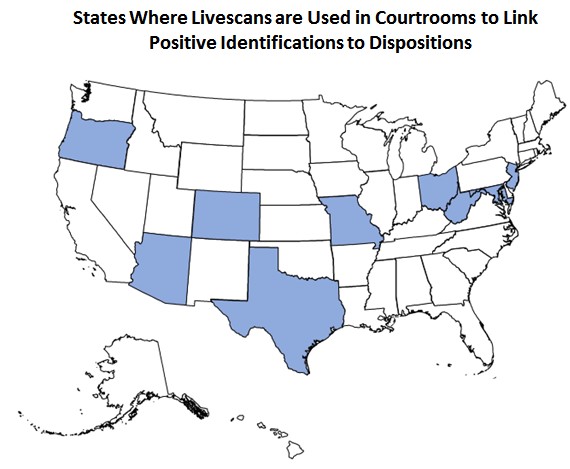 [1] The graphic shown is the most recent Criminal Justice System Flowchart published by the Bureau of Justice Statistics, Office of Justice Programs, U.S. Department of Justice at https://www.bjs.gov/content/largechart.cfm. This flowchart was adapted from pp. 8–9 of The Challenge of Crime in a Free Society: https://www.ncjrs.gov/pdffiles1/nij/42.pdf.

[3] In states where the state government has agreed to serve as the POC for the system, the FFLs contact the NICS through the state POC for all firearm transfers. The state POC conducts the NICS check and determines whether or not the transfer would violate state or federal law.

[4] A Federal Firearms License (FFL) is a license in the United States that enables an individual or a company (Licensee) to engage in a business pertaining to the manufacture or importation of firearms and ammunition, or the interstate and intrastate sale of firearms.